Things To Do and See in Massachusetts

The State of Massachusetts has the attractions to turn your next New England getaway into one for the ages. It’s been a focal point in the development of American culture since initial settlement by Pilgrims in 1620. The state is ready to entertain and educate with a baseball game at legendary Fenway Park, or investigating the world famous Salem Witch Trials. Follow your favorite travel guides at ResortsandLodges.com as we check out some of the top attractions in The Bay State.

The Freedom Trail offers the best way for you to experience the history and revolutionary spirit of the state. The trail was established in 1951 by the citizens of Boston to preserve and highlight the city’s storied past. It showcases 16 different historical sites, located along a red brick path that winds 2.5 miles through beautiful downtown Boston. The sites are not only historical, but national landmarks that played various roles in the development of the United States during the American Revolution. A few of the sites along the trail include The Liberty Tree, Boston Common, John Adams Courthouse, USS Constitution and the Bunker Hill Monument. 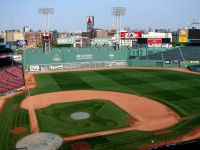 Fenway Park may be the most iconic sporting venue since the Colosseum in Rome. The park was constructed in 1912, during the “Golden Age of Ballparks”, as the permanent home for the Boston Red Sox. Fenway is etched into the memories of most sports fans for a variety of reasons including Billy Buckner missing the grounder to first in the 1986 World series and Carlton Fisk willing his foul home run shot fair in 1975. The park is a major historical landmark in itself, but within the confines of the field, you’ll find the famed “Green Monster”, Fenway’s oversized left field wall. The park was also placed on the National Register of Historic Places in 2012, marking a century of unforgettable moments. Come during the baseball season for a game, or drop by during the offseason for a tour. 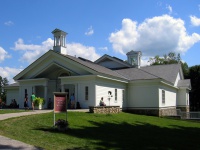 The Norman Rockwell Museum is located 50 miles west of Springfield in the town of Stockbridge. The museum highlights the art and life of Norman Rockwell, and artist widely recognized as one of America's most prolific painters, illustrators, and writers of the 20th Century. His depictions of everyday American life on the covers of The Saturday Evening Post captivated the nation. The museum features the largest collection of original Norman Rockwell art, as well as exhibits that highlight his life and legacy. Make your way to Rockwell's home town of Stockbridge for a unique look at one of the greatest artists in American history. 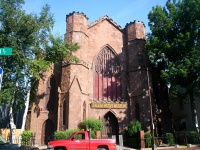 The Salem Witch Museum sheds light on the mystery and myth of the famous witch trials that took place in the area over 300 years ago. The museum uses detailed exhibits to tell the story of the 20 citizens who were wrongly accused of witchcraft. Learn about the locations, people, and circumstances that led to the hysteria surrounding this historical event. The museum features an authentic re-enactment of the actual trial, that utilizes realistic sets and performers who read directly from the original trial transcript. The museum is located in Salem, just a 45-minute drive Northeast from Boston. Don't miss this opportunity to witness one of the most unique moments in early American history. 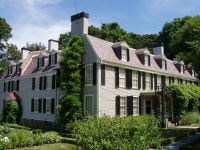 Adams National Historic Park contains the preserved homes and property of two American presidents, John Adams and John Quincy Adams. The park lays claim to four generations of Adams family personal property, keeping it preserved for future generations. It was established in 1946 to show the effect the family had on American culture and development. The Park offers a trolley tour that starts at the visitor center and stops at each of the historic buildings in the park. You’ll find the park offers speciality programs including educational classes, re-enactments, live entertainment, and fully immersive history experiences. The park is just a 25-minute drive south of Boston, and its more than worth the trip. 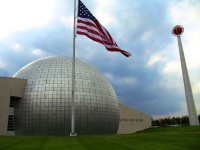 The Naismith Memorial Basketball Hall of Fame is located in Springfield, Massachusetts and features over 40,000 square feet of professional basketball nirvana. This unique facility features cutting edge architecture and exhibits that highlight the 100+ years of professional basketball moments, players, and innovations. The hall has inducted 361 players, coaches, referees, teams, and contributors into its hallowed halls. The main exhibition area is filled interactive exhibits, basketball skill challenges, skills clinics, and much more. Dr. James Naismith could never have guessed the scope and impact of the sport he invented with a ball and two peach baskets to keep students busy during the cold Massachusetts winter months.

Celebrate the 50th Anniversary of the Fitzpatrick Family & the Red Lion Inn!
A Gourd Time Awaits All at the North Carolina Gourd Festival
Jam Out at the Las Vegas Soul Festival
Play to Your Heart's Content at the Midwest GameFest

A Gourd Time Awaits All at the North Carolina Gourd Festival

Jam Out at the Las Vegas Soul Festival

Bring Your Sweet Tooth to this Unique Tennessee Event

Taste of Tacoma: Flavors of the Pacific Northwest