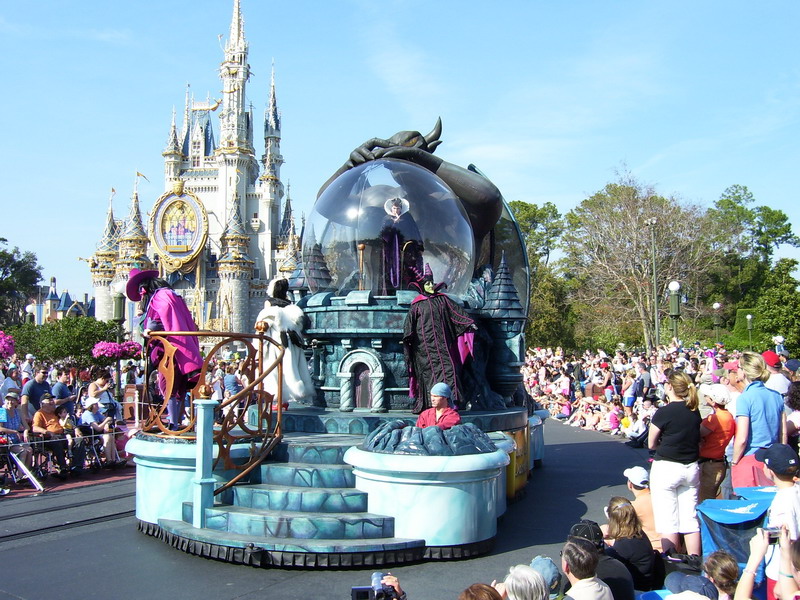 This Halloween season, Walt Disney World’s Magic Kingdom park dresses up for a costume party that’s actually not very scary at all. Mickey’s Not-so-scary Halloween Party, available to boys and girls of all ages, is open on select nights from September 10th to November 1st this year. Kids will dress up in their favorite costumes, and scavenge the eerie park for delicious confections that have come to be a staple during the Halloween festivities. Iconic Disney baddies are patrolling the park, most certainly up to no good. Meanwhile, little ghosts and goblins will dig up entertainment, rather than graves, wherever they walk.

Trick-or-treaters bust a move at the Disney Villains Dance Mix and Mingle, where the likes of Captain Hook and Razoul strut their stuff up on the evil stage. Next, creep down Main Street U.S.A., where you might run into a band of dead cowboys who like to ask you questions, only to respond in turn with their “dead pan” humor. Mickey's "Boo-to-You" Halloween Parade is a boo-tacular attraction that reels in the crowd. It is ‘headed’ by the headless horseman, followed by a merciless mashup of frightful floats and Disney characters in costume. Enter the Haunted Mansion for the finale of the night, if you dare. All your favorite Disney villains will light up the night with fireworks, and a cacophony of remixed theme songs will boom through your ribs. Happy Hallo-wishes to all, from Walt Disney World.

Endless Winter Fun in Ontario
Get Off the Beaten Path on the Florida Coast
A Great Place to Be with the Whole Family!
A Minnesota Lake Retreat that Specializes in Family Fun!
Orlando
Learn More
Send a Reservation Request

An “Oasis of Comfort” in Algonquin Park

A Minnesota Lake Retreat that Specializes in Family Fun!