Discovery and Luxury Unite at The Seagate Hotel & Spa 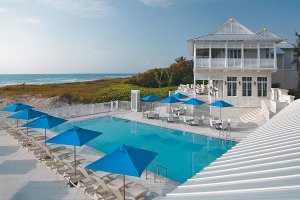 A sun-kissed tropical oasis, Delray Beach, Florida is a haven for both exploration and relaxation. The Atlantic Ocean beckons with a bevy of water-fueled fun while the sandy shores and luxurious properties pamper vacationers. There really is no end to the entertainment at this oceanfront oasis.

And there’s no better place to explore this tropical treasure than The Seagate Hotel & Spa. Overlooking the sparkling Atlantic shores and offering outstanding amenities, you can explore as much or as little as you want. Some of South Florida’s best diving, signature spa treatments, and exceptional nearby aquariums make The Seagate your South Florida fantasy.

Dive in and explore the old shipwreck that sunk just yards from The Seagate’s private Beach Club. The Delray wreck is broken and scattered into five sections, making it one of the most popular diving spots in South Florida. The wreck, a steamship named S.S. Inchulva, capsized during a 1903 hurricane.  The area has become a magnet for snorkeling and spotting exotic fish. Water sport rentals and guided tours are also available.

Florida is known for its strong sun and afternoon thunderstorms, which is why the Rain Massage is one of Seagate Spa’s signature body treatments. This luxurious 80-minute service utilizes the spa’s Vichy shower, an invigorating water treatment equipped with seven showerheads and designed to soothe sore muscles, promote circulation, and eliminate toxins from the body. 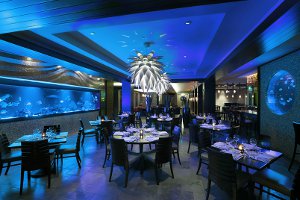 Surrender yourself as your full body is exfoliated with warmed sugar cane and coconut oil to smooth and silken the skin.

The Seagate’s proximity to the ocean and its tropical allure extend throughout the property, with five award-winning aquariums featuring over 80 species of marine life. The 2,500-gallon shark tank adds to the hotel’s existing collection of popular aquariums, including a 1,750-gallon lobby aquarium with vibrant reef fish, a 550-gallon aquarium with wild lionfish, a 750-gallon grand-hall aquarium with Moray eels, and a 450-gallon aquarium of tranquil moon jellyfish.

Lodging in or near Delray Beach

Memories of a Ranch in the Rockies